Our line back to the First World War 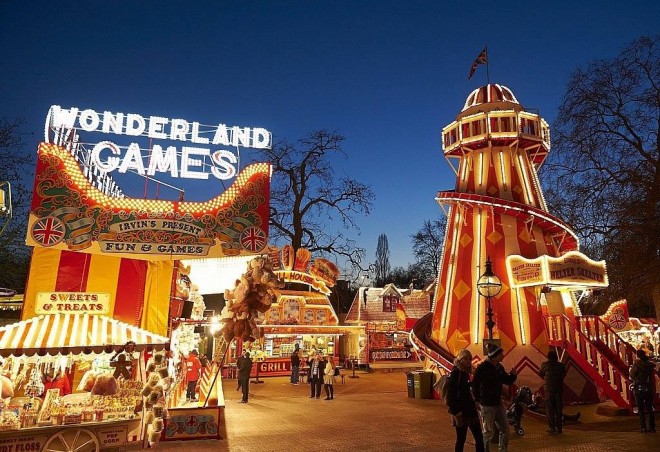 To followers of the Irvin history, George’s cousin Henry Chipperfield recently sent us an image of his Helter Skelter at Edinburgh. We have probably had more Lighthouse Helter Skelters in our family than most others going back several generations.

All this started from William Irvin who had four brothers, one went to Scotland which is where the Scottish Irvin’s originated, one went to the east of England and his daughter was the first Mrs Stocks in the business. One stayed in the business in London and the other ran a circus. William had three sons including George, the current George’s grandfather, and several daughters.

During the First World War they opened what we would call a temporary Amusement Park near the main Army Centre at Aldershot. This thrived for several years enabling the family to support the war effort. Four of the sisters got married around this time and William Irvin set up his four sons in law in the business. 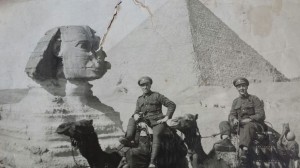 The image in this article shows Mr Mayne on National Service. He was based in Palestine and here he is shown on leave enjoying the Pyramids in Egypt. The rest of the family was on active war service entertaining troops at home. Tragically William Irvin was accidentally killed by his son George whilst working for the Ministry of Defence in Cobham Woods at the time with their steam engines. Incidentally these same engines also worked on the war effort during the second world war. George was then left to run the business at an early age with his mother as his two brothers had already gone their own way.

The two other images are the Helter Skelters in Edinburgh and in Hyde Park in 2014 showing a continuous line from 1914 to the present day, serving the public and serving the country. 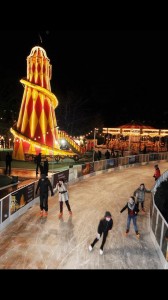