Let’s Face the Music, and Entertain 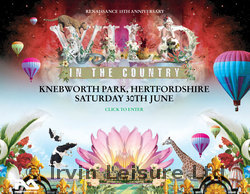 During 2007 we took part in a wide range of highly successful music concerts, from the jam-packed T4 on the Beach, shown on Channel Four, to Lovebox in Victoria Park in London, and also a series of marvellous festivals run by a company called Marvellous Festivals! (They took over this series of functions from a company called Totally Rubbish Festivals that did not really seem to sell many tickets!)

As the weeks progressed, we took it in turns to feature as our lead story the next event in the line, and to give ticket sales details as well as line ups and other facts. However each and every one of these festivals had the same two key features in common. The first was that they were organized by superb companies, with great line ups and high level ticket sales. The second was that they included a range of our fabulous fairground rides to entertain the guests.

However they all had different target groups and so we adjusted our provision accordingly. Lovebox, for instance, wants to create a family atmosphere and so we provide some traditional style rides such as the Carousel, Helter Skelter, Swingboats and Giant Chairoplanes to give a Victorian feel to an event with artists such as Debbie Harry and Sly and the Family Stone (not quite Victorian, but the young folks today seem to think anyone over 25 is Victorian – old codger moan there).

However T4 on the Beach wanted something really fast and youthful, bit like me apart from the fast bit, and the youthful reference, so got a Booster and High Flyer for their fun and games.

Marvellous Festivals got Marvellous rides (what else) with Dodgems, Waltzers and Twists for their guests, and everyone had a terrific time. We were in Aldershot and Knebworth too for more events, and all in all the summer was music filled for us, and for our clients too. I apologise for any I have forgotten, but guarantee that you will get the best from us next year.

We look forward to even more of the same in 2008. Marvellous!