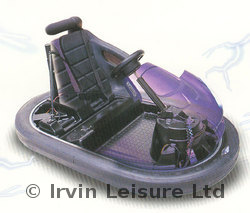 I am sure both our readers would be interested in some more news on the most recent events we have supplied, so here goes. We were absolutely delighted to provide a large number of rides and attractions for a giant party near Windsor, run for the McLaren Motor Racing Team. We did get slightly concerned when we noticed that their engineers were taking down the specifications of the Dodgem Cars, and now we can exclusively reveal the 2008 design for the McLaren Racing Car, which you can see to the right of this item, we think Ferrari, Red Bull or even Dinky may have more chance in the British Grand Prix next year. Still, it was a superb party in the wonderful location of Dorney Lakes. Congratulations to all involved. A particular success was the period from 4 p.m. to 5 p.m. which was the Happy Hour with free drinks, followed immediately by the Alonso/Hamilton Tribute Unhappy Hour where no one would talk to anyone else, and spent 60 minutes trying to push each other off the path.

Then we provided a set of Dodgems for Lord Moynihan at his house in Kent. Lord Moynihan was once the Sports Minister and is now involved in campaigning to increase funding for elite athletes, and if you could see the shape of your author you would understand why I didn’t go along. This was a difficult venue to get in to because Georgian Architects carelessly failed to design the homes they were building to allow access for Dodgem Car sets and other large fairground rides. We do not know why because the Romans most certainly planned ahead in this way, with their famous straight roads leading to gates ideal for Articulated Vehicles. The Romans’ love of the Fairground and Circus can be seen on mosaic floors such as at Verulanium where you can look at images showing Circus Maximus with the lions feeding on Christians and tigers eating the Big Wheel operator from Londinium Fair who overcharged the Fifth Legion.

We have also provided rides for several events for famous artist Damion Hirst. Mr Hirst is of course best known for his pickled cow display, where he split a cow in half (or maybe a shark, anyway it was something dead) and preserved it in formaldehyde for the Tate Modern, thus winning a Turner Prize (I think that is accurate….it was something like that). Tracy Emin, for whom we have never yet provided entertainment, won the Turner Prize for her unmade bed and inspired a whole generation of young people to fling their clothes on the floor at home as an artistic gesture, or some sort of gesture anyway. Apologies for the bitterness, but my daughter has just moved back home after Uni! At least she hasn’t bisected the cat.

Anyway, back to Damion Hirst as once again we had to improvise to gain entry to the properties staging the parties, and be flexible in our approach to get around the difficulties faced by the narrow gates and the uneven surfaces. Nothing is too much trouble for our superb team, but even so they wanted to do nothing. However with gentle persuasion, guidance, and money, George got them in, built up and operating for the guests at Mr Hirst’s parties. I do feel that threatening the lorry driver that, if he failed to get through the narrow gate, he might be cut in half, pickled and displayed at the Tate may have been over the top, but it worked. “Two sides of James” can now be seen in Bankside’s Tate Modern.

Victoriana is all the rage at present with many bookings for our authentic Victorian Fair. However we are running out of children prepared to operate as chimney sweeps for one penny per day, so if any enterprising agency can provide 16 it would be appreciated. These urchins seem to get stuck after undertaking a mere couple of sweeps and we have had to leave several of them behind. It could be the central heating ducts making it difficult for them, but that really is no excuse for their inefficiency. You just cannot get the downtrodden children from the underclasses willing to be exploited these days in order to make our events more authentic. The Daily Mail and I blame the Government and Politically Correct brigade of Europe loving do gooders for this! What about our Human Rights, such as the right to make oodles of money at the expense of others?

The views expressed in this item are the personal opinions of the author and are not necessarily shared by Irvin Leisure, or anyone else with any common sense at all.

Standon Calling Festival 2021
Standoners! Where do we begin… What a groundbreaking and thoroughly joyous 3.5 days of music, comedy and family entertainment we had! The thrill and excitement of being back in the field after two…
Read full post »