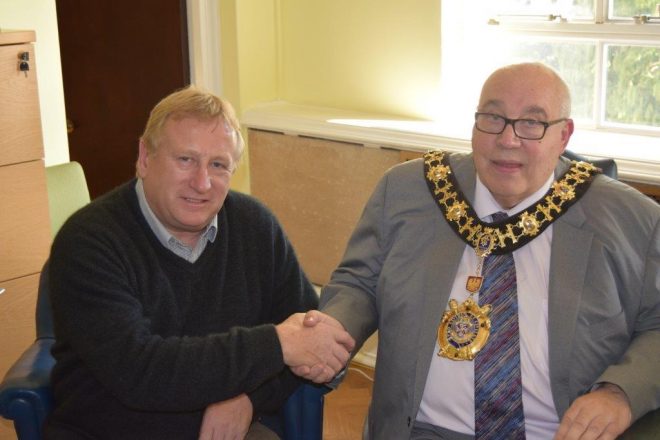 The money donated was raised by our amazing funfair visitors at the Shepherds Bush Green Summer Funfair – it is with their generosity and support that we are able to do our bit to help support our local communities and as always we are extremely grateful for the support of all our funfair visitors.

The Mayor has chosen to support Hammersmith & Fulham Foodbank and The Barons Court Project as his chosen charities to support during his mayoral year.

Both have an impressive record in helping people in Hammersmith & Fulham.

The Hammersmith & Fulham Foodbank is an independent charity founded in 2010, to meet the need of local people experiencing food poverty. Since launching, they have provided enough food to prepare over 200,000 meals and grown from one Foodbank Centre – into three. As well as emergency food parcels, they also work with partners to try and solve some of the underlying causes of poverty. The generosity of the public ensures that they can continue to meet growing need.

The Grenfell Towers Appeal was set up to support the people affected by the tragic fire at Grenfell Towers and is working with local authorities to coordinate relief efforts and make sure funds get to where they are most needed.

Photo: George Irvin presenting the donation to the Mayor of the London Borough of Hammersmith & Fulham Councillor Michael Cartwright