How Green was my Rally? 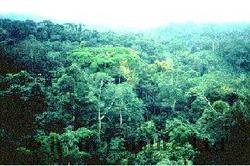 Green is the new black these days and you cannot read a newspaper (prior of course to recycling it) without eminent scientists pontificating on the need to reduce Carbon Emissions, unless of course they are from the USA. Protecting the environment, we are told, is vital to preserve the future of the earth. In fact unless you are George Bush there can be no doubt in anybody’s mind that we must improve our energy efficiency and the Events Industry must take this challenge seriously.

The new British Standard on Sustainable Events, BS 8901, lays down a series of criteria to be pursued, but there is no laid down programme for even the most committed companies to follow. Clearly all those involved in the Industry should study the BSI document and then find their own ways to implement the aims of the policy, and this short feature describes the attempts of one leading event company to find ways of achieving this necessary ambition. They moved away from the “Carbon Offsetting by planting trees all over the place and funding nice sounding projects” approach into the more complex world of actually reducing their own emissions.

Irvin Leisure run and manage major Fairgrounds and Festivals in and around London plus provide equipment for Corporate Events and Parties. In Spring 2007 the company made a commitment to become Carbon Neutral over a three-year period and devised a policy to implement this. However there is no existing “blueprint” to achievement and no simple route to success. There is also limited guidance and assistance and no “trailblazers” to follow. Their efforts were innovative and exciting. Their successes and failures would be in place from which others could learn.

The first problem they faced was that there is in fact no easy way of assessing the Carbon Footprint that they produce and nor were there clearly available measures against which they could judge their success or failure. Some Government funded agencies, in particular Envirowise, were most helpful but their funding is limited and so they could not spend time in undertaking a Carbon Audit, it was up to the organisation itself. However the challenge is considerable, and for instance a fairground can use 10,000 gallons of fuel per week and generate sufficient power to light up a reasonable size Shopping Mall, so there was much to be achieved by reductions in energy use. The company also use vehicles to get from venue to venue and attract customers who will produce their own carbon footprints. The irony is that the more successful the company is in attracting customers, the greater the Carbon Footprint and this makes year on year comparisons false as well. But Irvin’s analysed each and every activity they undertook established use of materials, paper, fuel, electricity etc, and then set out to cut them back.

You may think that one easy option is to switch from Diesel to Bio Fuels in the generators used in events. However there are two drawbacks to this. The first is economic. Generators are powered using “Red Diesel” which is very low tax, and Bio Fuels are not only less efficient but more expensive per litre. However the second issue is one of principle in that the production of Bio Fuels can cause other environmental damage where people in developing countries use land to grow crops to produce bio fuels instead of for local agriculture, and thus the environmental balance of these lands is adversely affected. Solving one problem, of carbon emissions, could be replaced by the creation of another with long term harm.

Therefore the priority became to reduce power needed, by the installation of more efficient electronic drives to replace hydraulic equipment. More efficient generators were purchased so that more power could be produced from fewer units, and less fuel was required. Also, hours of operation were varied to reduce use at non-essential times. All of these produced a significant reduction in fuel used.

Recycling became a priority at events, but it became clear that actually disposing of the recycled materials was not easy and was expensive. However having made the commitment it had to be done. Finally there was a significant reduction in the amount of paper used by Irvin’s as they moved away from advertising leaflets and brochures to on line advertising and reusable poster boards for shows. This was a great success.

Therefore all these measures taken together led to the company achieving in the first 8 months an overall reduction across all functions of 25%, well on the way to achieving 33% in the first 12 months as they had aimed to do. It was expensive and it is not possible to pass on these costs to customers because if challenged as to why their prices are 10% higher than competitors, the response “because we are going Green” would lead to the immediate reaction of “OK, then we are going somewhere else.”

However there were positive spin offs. Irvin’s generated considerable publicity for their campaign and media outlets such as TV and radio, who would otherwise have no interest in their events, all of a sudden wanted to feature their work. The policy also opened a number of new doors within political circles that are so important in gaining access to prestigious sites. The caveat to this is that once you say you are tacking this issue, you cannot then opt out for there are many people who will critically assess your work and leap on anyone who is making unfounded claims.

Mind you, the only way in which this issue can receive the level of significance it needs is if all local authorities insist on Environmental Policies in the way that they insist on Risk Assessments and Method Statements. Good environmental practices are all about common sense and good overall practices. If everyone is forced to take these actions, then they will find ways to deliver. If it is optional, they will avoid their responsibilities as much as they can.

If the scientists are right, apart from the Yanks of course, then urgent action is needed. The Events Industry should be playing a full and complete role in this and we trust that in 2008 we will see good Environmental Policies as standard in the way we cannot conceive of a major event without a properly worked out Safety Policy. Or at least I hope there are no major events without properly worked out safety policies!