We have found an old friend. 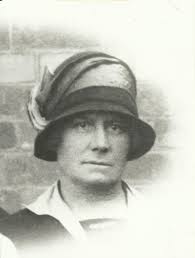 From time to time I wonder if anyone ever reads our website, and then we hear from people who have indeed done so and found something out that excites them! One such occasion was when we heard from Australia about Mary Ann Wright who is shown on the Irvin Family history stories on this website as having been a servant to the Irvin family in the 1891 census. This is what her family had to say:

“We have only bits and pieces of information about Mary Ann Wright, largely derived from the 1881,1891 and 1901 UK censuses. She was born in Wycombe Marsh in about 1876 and according to the 1881 census was living with her father, step-mother and brother in Hammersmith. Her mother died when she was two and her father died when she was around eight. We have no records of her between the 1881 and 1891 censuses and are very interested to know, for example, when and how she came to join the Irvins, when she left and any information about her and the life she led before or after the 1891 census. In the 1901 census she was a “char woman” in an “institution”, which we believe to be the Wycombe Workhouse. Two years after that she married and emigrated to Victoria in Australia.”

Now we can tell you about the work she did when she was a very important colleague of the Irvins and how thrilled we are to be linking this up.

Mary would have mainly looked after the children as showmen work all day long, men and women, at the fairs and of course the children travel with them everywhere they go. At the time Mary Ann was living with the family they lived in Fleet in Hampshire, near Aldershot, during the winter and then all set out from the week before Easter to travel around Hampshire and then in to west London, and then back again. Mary would have been at each and every fair with the family but not working on the rides or stalls but assisting in the caravan and with the children to make sure everything was working.

The photo we have been sent shows Mary in the 1920s, so thank you to her family and we are finding out more about her, and her work with the Irvins, and will add this soon.