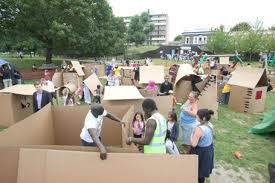 So here we are in August in Britain with headlines blazing as wildly as the fires that blighted our cities over the past few days. How depressing did I find it walking down London’s High Streets yesterday afternoon to see shops closed and shuttered and to find all football matches cancelled across the city. How negative and how wrong.  For I believe, as you dear reader will know if you exist anywhere other than in my fevered imagination, that the multi-cultural society in which we live is a positive and strong influence on our lives, so where are we now? And as the Stock Market falls should we worry? It is a casino where people buy things they do not want with money they do not have from people who never had them in the first place. Ignore it. Focus on reality. Lots of rich people worrying that the United States is going to go broke (as if…..quite a big place really) because of a report by a “credit rating” agency named Standard and Poor’s whose last great effort was to announce that the banking system was really in good shape two weeks before the entire system went Belly up three years ago. I would not take their advice on the likely winner of the 2.30 at Doncaster. Sub Standard and Poor Judgement is their full name!

Now to the real world. Mark Duggan was shot by police in Tottenham last Thursday and one of the many sad aspects of the current rioting is that when on Tuesday the IPCC announced that, contrary to police indications at the time, he had not actually fired a gun at the officers who killed him this warranted only passing mention in the media who are obsessed with looting and burning. How shocking for his family is this, not only confirmation of what had up to then been a strong rumour but also that nobody seems to care anymore.

Therefore those robbing, stealing and burning cannot claim any sense of link to that incident that was the trigger for this but we should stop being simplistic about opportunistic criminality and pause to look at what Camila Batmanghelidjh,, founder of Kids Company and a person whose views we respect, said about the young people involved.

“The insidious flourishing of anti-establishment attitudes is paradoxically helped by the establishment. It grows when a child is dragged by their mother to social services screaming for help and security guards remove both; or in the shiny academies which, quietly, rid themselves of the most disturbed kids. Walk into the mental hospitals and there is nothing for the patients to do except peel the wallpaper. Go to the youth centre and you will find the staff have locked themselves up in the office because disturbed young men are dominating the space with their violent dogs. Walk on the estate stairwells with your baby in a buggy manoeuvring past the condoms, the needles, into the lift where the best outcome is that you will survive the urine stench and the worst is that you will be raped. The border police arrive at the neighbour’s door to grab an “over-stayer” and his kids are screaming. British children with no legal papers have mothers surviving through prostitution and still there’s not enough food on the table.

“It’s not one occasional attack on dignity, it’s a repeated humiliation, being continuously dispossessed in a society rich with possession. Young, intelligent citizens of the ghetto seek an explanation for why they are at the receiving end of bleak Britain, condemned to a darkness where their humanity is not even valued enough to be helped. Savagery is a possibility within us all. Some of us have been lucky enough not to have to call upon it for survival; others, exhausted from failure, can justify resorting to it. “

Now if we accept this analysis, and who can dispute it, what do we do? First, clearly, the violence and robbery has to be stopped and if only the police had deployed a fraction of the resources on Saturday evening when it first started that they did on Tuesday night this would not have occurred. And please do not tell me that this could not be foreseen, as soon as the community peaceful march was announced and with the knowledge of the tension in Tottenham over the shooting it was absolutely obvious that things would kick off in that area but they were allowed so to do, and that was a mistake.

Secondly, and this is key, all normal life functions should be enabled to continue. We should not stop people working, shopping, manufacturing and then enjoying their leisure time because of the behaviour of criminals or we may as well cede control to them. Keep Britain alive, working and playing. Then start to see what can be done about the lives so eloquently described by Camila.

Can we change the housing estates? Can we give quality paid employment to everyone? Can we solve the lives of those living in poverty? Well, no we cannot but what we can do, and local authorities and central government have a key role, is to recognise the importance and value of quality leisure provision in local areas. Not Bread and Circuses to distract people but superb quality parks and open spaces with relevant activities to enthuse people and give them a value in their own life. Do not underestimate the importance of football in society. Do not underestimate the identity this can give and how this can be a positive influence. Do not underestimate the worth of local open spaces for fresh air away from the stench of the estate described above, and do not forget that people inspired by their surroundings will gain the strength to find their way out of this, perhaps through Kids Company or perhaps through youth clubs. Perhaps through leisure and local involvement or perhaps through employment. But they will have a worth. Those who have no self-esteem have nothing to lose when their images appear in the press as looters. Those with a feeling for their life do.

The image on this article is from the Friends of Mile End Park event in east London recently, part of a programme of activities in which we were proud to participate. Other events in this programme were organised by local Islamic Organisations and raised funds for Islamic Relief. Every Muslim in this country today is fasting for Ramadan and will make a donation, required by their religion, to counter poverty. This is the Big Society in action and the reality of London life, of British life. People working together. Do not let the actions of some stop that. Do not close Britain down. Or the negative force will win and there will be nothing left with which to replace it. We are open for business, and so should everyone be in this wonderful country we enjoy.