Some more tales from the Irvin Family History 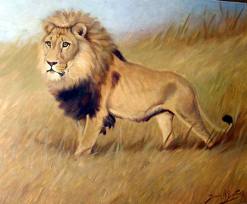 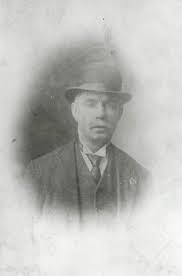 We have just come across some press cuttings related to the Irvin family history and links to the past and wanted to share them with our loyal reader. First of all, the next George Irvin is a direct descendant of Frank Wilson, described in the press upon his sad death (fortunately not from a hungry lion) published on December 16th 1911. The World’s Fair, still going strong, on that day printed the following:
“It is with great regret that we have to announce the death of Mr Frank Wilson, the well known showman and animal trainer, who passed away at 3 am on Wednesday. The late Mr Wilson attended Lord George Sanger’s funeral (Lord George was the most famous of the Victorian Showmen in Britain) last week and caught a chill, then became worse and despite the best efforts of doctors and family passed away.He lived in Wood Green, London. Mr Wilson was the leading trainer at Sedgewick’s Menagerie where he was known as Lorenzo the Lion King. He gained much popularity with the bouncing lion.

Interestingly on the same day the World’s fair stated that Savages, the original carousel construction company based in Norfolk, were being rescued from financial difficulties and taken over so they could continue to make the superb carousels for which they were famous and upon which George Irvin, descendant of Lion tamers, operates today. Much safer than bouncing lions!

We also are reminded, and love so to be, of the cutting from the Evening Standard in 1999 recording the granting of the wonderful Millennium Funfair on The Mall which Irvin Leisure organised and we know perfectly well that Frank Wilson would have looked down upon that and admired the quality of an event catering as the Standard said, within the Royal Parks with smiles and laughter for once, for millions of people and which has now evolved into the wonderful Winter Wonderland in Hyde Park.

Also smiling down are some of the Irvin family as shown on these photos we want to share with you, including William Irvin, the first Irvin in the fairground business from 1902 and shown at the head of this article, then below is George Irvin, William’s son who took over and was the first ever George Irvin to find his name on the advertising boards for fairs which have now become those of Irvin Leisure. First we show him with his family in the 1920s. 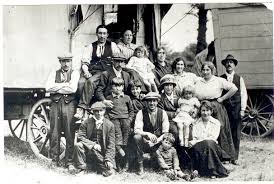 Then below he is seen on the wonderful Traction Engine, names appropriately Marvel. 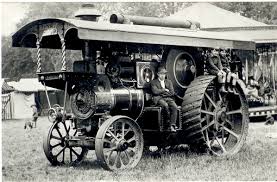 Finally in this short selection of photos, here is a photo of the George Irvin above’s three sons, from left to right George and then twins Benny and Billy. 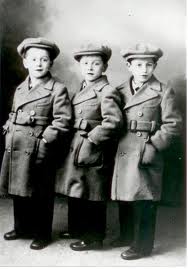 And finally to return to the start of this article, here is a photo of Frank “Lorenzo” Wilson and at the very top of this page one of his bouncing lions! 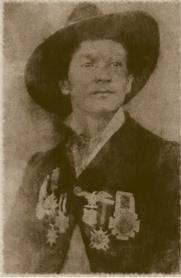