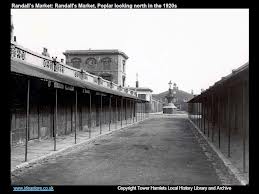 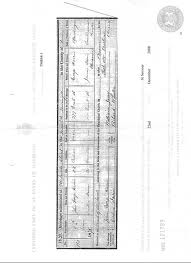 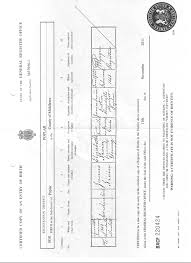 Wanted to share with you some correspondence between Steve Smith who is Editor of the Fairground Society and our friend Malcolm Gill:

I delved into your details of James Irvin and his four sons James, George, Henry and William. Here’s what I have.

It would appear that the children’s birth dates bear no relation to their baptism dates.

IF THIS IS the same family, Caroline, who married my great-grandfather John George Harris 9 June 1878 (see attached marriage certificate) and whose father is given as James Irvin (deceased – commercial traveller), IS William’s sister and therefore the current Irvin Leisure family are directly related to my Harris family. This is what I set out to prove. I’ve copied George Irvin on this to see if it rings any bells.

Further, since Hannah Knighton is half-sister to Caroline and her siblings, there’s a direct link to the Cain family.

I too was amazed that the fairground didn’t get a single mention in the Deptford program. (I’ve saved the program to look at it again just to make sure I missed nothing.) It was clearly a seminal part of Deptford life.

I can find Caroline in the 1861 Census but not 1871. Her mother Elizabeth (nee Young) had a younger sister Fanny b1835. She married Henry Clark(e) but was soon widowed and married William Jocey 23 Jan 1858. Caroline was lodging with them and appears as niece in the 1861 Census. (Just to confuse us the transcriber interprets the surname as Jacey.)

Thanks for the lead on the 1861 Census for Lower Street Deptford. I’ll have a go at that. When I get the James Irvin birth certificate I’ll let you know if he’s who I think he is.

Clearly, being members of the travelling community, recording their locations was a major problem. Add to that the not very careful transcriptions of original documents (I speak with some experience as I’m a volunteer transcriber with FreeBMD) it makes the job of research hair-tearingly time-consuming.

I don’t think I’ve added anything to your quest for further knowledge of the Deptford fairground. I’ve read and reread this so I hope it makes sense!

Good to hear from you. I will try to answer as many questions as I am able to do.

My interest in this came as a result of the TV programme last week on Deptford High Street. I thought they made a big ommission not to mention the fairground communities who gathered there annually, and especially the Cains who had a permanent site until the early 1960s. This being the case I thought it would make a good subject for a feature in our magazine for the Fairground Society.

The current Irvins in Lodnon (there is a also a Scottish branch of the same family) are descendants of William Irvin (1860-1917). His father was James Irvin. William’s brother, Henry (born 1854), moved to Scotland and still has descendants there travelling. His other two brothers were James (1850) and George 1851). I can’t find any reference to a Caroline though. James died in (I think) 1864 and his widow, Elizabeth, remarried in Lambeth in 1864; her second husband was Thomas Knighton. Elizabeth then had two further children: Thomas, born 1865 and Hannah (1867). Hannah then married Charles Cain.

One of the best sources is the 1861 census when there was a whole community gathered on Lower Street, Deptford, inclduing the Irvins and Knightons. If you haven’t seen these please say and I’ll send copies.

On the 1871 census Henry and William Irvin are down as stepsons of Thomas and Elizabeth Knighton – although their surname looks more like Green than Irvin, but first names and ages match exactly.

Glad you’ve seen the Gallopers at Yarmouth. I am pretty certain Philip Bradley visited Deptford and probably photographed them there – his collection is now at Surrey Archive so it might be worth contacting them to see if he did.

Look forward to your reply

With grandchildren out of my hair it’s back to some normality. I’m just not sure what help I can be for you but here goes.

Via a cousin in the US I learned that our great-grandfather’s wife was Caroline Irvin and that she’d “been born in a caravan” and that there was a “sister Hannah who had married Charlie Cain”. It took a huge amount of research to eventually discover that Caroline Irvin’s mother Elizabeth was widowed and married Thomas Knighton. The issue of the new marriage were Thomas b1865 and Hannah b1867. So Caroline Irvin and Hannah Knighton were half sisters.

I set out to discover if my great-grandmother Caroline Harris (nee Irvin) was in any way connected with the extant Irvin Leisure group. I’ve been in touch with George Irvin (director) and his family history researcher but without any further progress. Caroline Irvin was born 7 January 1858 at Randalls Market, Poplar. I’m pretty sure this is our Caroline. The occupation of her father James is given as “Traveller in fancy goods” for which the fairground term was “swag”. I can’t find any further detail on the Irvins (eg father’s death) to prove or otherwise a connection with the Irvins of Irvin Leisure. Can you help?

Sorry – this is the best I can do.

I have just read your post on the Deptford History website. You probably know that the business was originally run by Charles Cain who was born in Aylesbury in 1862 and his wife Hannah (nee Knighton). Both were from travelling families, They had four sons including Thomas and Charles. There was a set of Galloping Horses on the ground between the wars, and this was sold to Botton Brothers and is still operated at Great Yarmouth Pleasure Beach. If you have any more details about the family or the fairground I would be interested to hear as I would like to put together a feature for our magazine on Deptford fairgrounds.