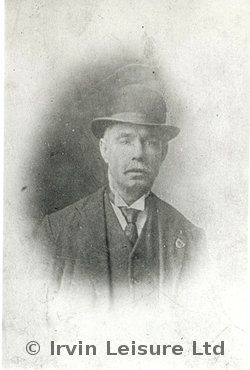 In February 2009 a new book will be released on the Showmen’s Engines that took part in war work in WWII. The book is being written by Kay Townsend who is at present undertaking sterling work in researching this important and too easily forgotten history. This is of great importance to the entire Fairground World as too many people ignore the risks that showmen took during the wars on military service and on the very important home front.

The Irvin family will be included, as William Irvin had two engines   “Marvel” and “Marvellous.” both engines did work of National Importance in WWI, then both returned to the fairground after their hard work was done. When WWII commenced, again the Irvin family stepped forward to help. A new ride had just been acquired by the family, so “Marvellous.” remained on the fairground.  However “Marvel” (The family favourite) did demolition work in the city of London.

The book is being prepared now and if you are a showman and know your family had a traction engine doing Threshing, Timber Haulage, or Demolition Work in the inner Cities, please come forward so your family name can be included in the book.  Maybe you were just a driver on one of these engines, if so we would still like to hear from you. If you are a historian or enthusiast for these wonderful machines, then again any information you have will be invaluable and fully acknowledged. Send your details to us here at Irvin Leisure and we will pass them on to Kay Townsend immediately.

If you would like to read more on the Irvin engines and others that took part in war work, the book will be called ”The Showman’s Engine at War”  by Kay Townsend.