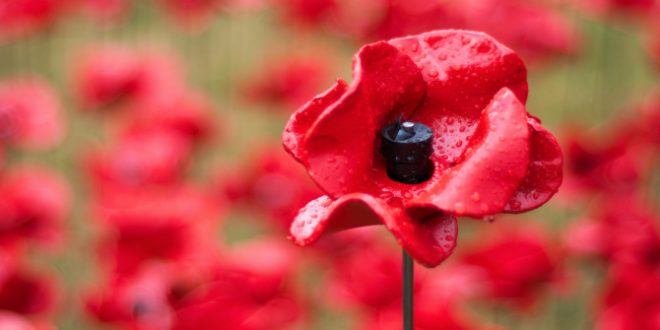 As in the First World War many showmen enlisted in the forces including the President of the Guild Charles Thurston who joined the RAF and became Flight Lieutenant and Jimmy Chipperfield who became a fighter pilot. In the History of the Showmen’s Guild, 1939 –1948, Thomas Murphy estimates that over 1,000 showpeople joined the Forces with many more serving as Bevan Boys in factories, mines and other essential war services. Billy Peak was awarded the Distinguished Service Medal and William Meakin the Military Medal for bravery in the Middle East, both two of the highest awards that could be awarded for bravery in combat. As in the Great War, the World’s Fair newspaper carried a weekly photograph and report of the showmen who were fighting for King and Country,despite the paper rationing, which resulted in the paper being reduced to thirty two pages.

When Oxford St Giles Fair was suspended due to the start of the Second World War, the fairground community as a whole could be forgiven for thinking that their business would be devastated as it had been during the Great War. However, the Second World War was effectively the means by which the Showmen’s Guild extended its authority over the travelling showpeople as a whole by fighting for the continuation of fairs and the needs of its members during this period.

Mindful of the near collapse of the industry during the First World War, when most fairs were suspended and showland society lost over 70 percent of its manpower, the Guild was better prepared and during the late 1930s it maintained close links with the Ministries of Supply, Agriculture and Fisheries and Transport.

When a state of hostilities was declared in September 1939 the Guild immediately contacted the Government to lobby the continuation of the travelling fairs. Overall, fairgrounds were allowed to continue under blackout conditions with the exception of some Charter events such as Hull Fair, which was requisitioned for the war effort.

The Stay-at-Home holidays initiative, implemented by the Government in 1942, enabled the showmen to build up power, support and economic strength on a national and regional level. Showpeople received special “Traveller’s Ration Cards” and “Showmen’s Vehicle Fuel Ration Cards” which they could use throughout the country. Not only were they encouraged to open fairs in the city centres and parkland, but some local authorities actually paid the showmen or waived the rent for the wartime period.

Morale was an important issue for the Government during the War. Normal holidays were impossible so in an attempt to fill the gap, the Government devised the idea of Holidays at Home. Irvin Leisure were granted concession to open fairs in many of the big towns and cities, usually in public parks. We presented a fun fair at these events, and extra attractions were offered.’

Irvin Leisure also aided the war effort in other ways including the purchase of a Spitfire, which was named ‘The Fun of the Fair’. On 24 August 1940, the following appeal was published in The World’s Fair by the Showmen’s Guild of Great Britain, calling on its members to raise the funds required to purchase a Spitfire for the nation:

‘Other industries have raised funds to give fighter aircraft to the R.A.F. We, the travelling showmen, must do the same. Between £5,000 and £6,000 is necessary to provide a Spitfire or Hurricane fighter and many of our members have expressed the wish that they want to contribute to such a fund and we agree with them.’

Spitfire ‘The Fun of the Fair’ donated to the Nation by the Showmen’s Guild of Great Britain, 1945

Spitfire ‘The Fun of the Fair’ donated to the Nation by the Showmen’s Guild of Great Britain, 1945

‘We have received reasonable consideration from the Government and local authorities, and have been encouraged to run our business. We should be grateful, let us show the country and the fighting services that we are. Let us show it in this practical way. Let Showland’s aircraft be worthy of the brave men who fly it in the cause of Justice and at the same time for our protection … Today is the day of duty and sacrifice. Others are doing this on our behalf. Let us therefore, do our bit and know that when victory comes, although we are not in the front line of defence we contributed our mite in providing OUR LADS with the best weapons possible.’

Action from the members was swift and within ten days over £1,500 had been donated by individual members, regional sections and organisations associated with showland such as the World’s Fair. Committee meetings were organised throughout the country and by September 14th over £3,000 had been realised. The campaign to raise the necessary funds continued throughout September and October and the World’s Fair published a weekly list of individual donations. By the start of 1941 and during the Annual General Meeting of Members the target figure of £5,000 was realised and the remainder of the balance was sent to the Ministry of Aircraft Productions. In a letter dated the 9th of February Lord Beaverbrook’s personal secretary wrote the following words of praise and thanks:

Irvin Leisure and other travelling showmen have made a most valuable contribution to the air strength of the country. Their aircraft which we will be glad to name “The Fun of the Fair will shortly join the squadrons, ready to play its part in ridding our skies of the menace of the Luftwaffe.’

The Spitfire purchased by the Showmen’s Guild was built by Supermarine Aviation Vickers Ltd and was part of a lot of 450 Spitfires. According to the research carried out by Robert Bailey and Henry Farr of the London and Home Counties Section the Fun of the Fair was a F. Mark One built as a Mark VB type 331 around April 1941. It was fitted with a Rolls Royce Merlin RM45 engine, Hispano Cannons of 20mm and 303 Browning machine guns. Its maximum performance speed was 370 miles per hour at 25,000 ft. The first flight was a general purpose test flight after which the aircraft was named “The Fun of the Fair”. After it was modified for combat it was allocated to the 306 Polish Squadron, which formed part of the Allied Squadrons under the control of the Royal Air Force. It then became part of the 315 Squadron in 1942.

In recognition of the fundraising activities of the Guild and its members during 1941, the Ministry of Aircraft sent to the Central Office a steel plaque with the following inscription:

‘IN THE HOUR OF PERIL THE SHOWMEN’S GUILD OF GREAT BRITAIN AND IRELAND EARNED THE GRATITUDE OF THE BRITISH NATIONS SUSTAINING THE VALOUR OF THE ROYAL AIR FORCE AND FORTIFYING THE CAUSE OF FREEDOM BY THE GIFT OF A SPITFIRE AIRCRAFT. THEY SHALL MOUNT UP WITH WINGS AS EAGLES.’

From the Second World War onwards the Showmen’s Guild and Irvin Leisure went from strength to strength, updating its rules but keeping to the original principles of its founding fathers. Membership increased rapidly and by the end of the conflict membership of the Guild was restricted to sons and daughters of existing Guild members.

On a financial basis, the fairground community as a whole enjoyed an economic bonanza as fairs were welcomed back into parks and city centres. Fairs were held for the ending of hostilities and Charter fairs, which had remained closed during the war years, were bigger and better than ever. Hull Fair was again held on Walton Street and although it would be a number of years before it retained its pre-war glory, the old fair was a popular sight again in the city. As Thomas Murphy concluded the fairs:

‘Brought light, colour, pageantry, gaiety and laughter into a very sombre world and when the final reckoning is made we will have no cause to belittle our efforts, or to feel ashamed of the part we played.’

The President of the Showmen’s Guild for the majority of the war years was Mr C.W.R Thurston who served until 1947 when he was succeeded by William Lennards.

Although the number of fairs and amount of equipment had increased dramatically during the war years, these were not necessarily available when hostilities had ceased. Rides were retired, or old ones redecorated to bring the fairground up to date. The 1948 Hoppings in Newcastle was patronised by Collin’s Looping the Loop, Toogood’s new look Moon Rocket and John Murphy’s new Waltzer. Cambridge continued the pattern of mixing old and new as concerted attempts were made by the Guild and the Council to regain the pre-war standards. A Foster steam engine, which would have once been a familiar sight on the fair, was seen as a curiosity by the World’s Fair reporter, who was struck by the attention it attracted. Nottingham Goose Fair opened with forty large riding machines in attendance as well as the traditional shows. Ted Cooper commentating in the World’s Fair remarked on the over continuing popularity of the old time rides such as the scenic railway, the galloping horses and the steam yachts. Waltzers, Ark’s, Dodgems and the Moon Rocket were the most popular rides at the fair with Eddie Monte’s Wall of Death still proving to be a favoured attraction. This pattern continued at Hull Fair where the firm of Pat Collin’s brought their famous Scenic Dragons out of retirement and opened next to rides of a more modern generation.

The 1940s were brought to a close on a tide of prosperity and strength in unity. The Guild and the showpeople had weathered a most severe test and had come out of the dark days of the war with increased prosperity and prestige. Showmen purchased ex-army vehicles and converted them for use on the fair and the once essential steam traction engine was replaced by diesel powered Scammels and Diamond T’s. The dawn of the Rock and Roll Age was upon them where new rides, music and changes in popular culture would once again be reflected on the travelling fairs.