A Great Time Had by all at London’s Fair 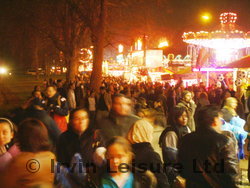 So the great Winter Fair in Wembley is over, and the weather was kind to us all. The public flocked in and many local groups took advantage of our offer to come along as our guests for a free day out in this historic Park. Other pages on this website details the history of Barham Park, but here we will look at London’s Fair, including the story of the event in Hyde Park and now we are here in our new home.

The opening times for this fabulous festival were from 1 p.m. to 11 p.m. each and every day, with a special late night on New Year’s Eve when we ran on to half an hour past midnight, with a Free Fireworks Display at 11 p.m..

As before, this was a superb multi cultural festival and we provided entertainment and refreshments appropriate for all cultures and religions in a harmonious atmosphere. There was no alcohol served or provided, so you could enjoy your night out secure and happy with our trained and experienced stewards around to ensure your safety.

Over 600,000 people have visited and enjoyed London’s Fair over the past three years, and we have received nothing but praise. Do you know that at this year’s event, as before, there was not one crime reported, nor any accidents or injuries, because we know how to take good care of our valued customers.

You can put the 2008/9 event in your diary as this will be the best place in London to visit this winter and all you have to do is turn up. There is no need to book in advance, no hidden extra booking fees for you to suffer, and if the weather is bad on the day you want to come, then never mind just come another time! There is just a token charge of £1 at the gate to get in, for your security, and then pay for the rides, games and of course refreshments you want to enjoy.

Finally a message for the many thousands of people who visited London’s Fair Hyde Park over the past three years as our guests for a free day out, the groups nominated by local Councils all around London for a special treat. You can contact us through this website and tell us when you want to visit and we will make sure that this important part of London’s Fair is honoured and continued. Also watch this space for details of our special Charity Events as part of these events.

A BRIEF HISTORY OF LONDON’S FAIR

The idea of London’s Fair, a fabulous Winter Holiday Festival for Londoners that allows families to come out for a great day in complete safety, alcohol free, was formed after the superb Millennium Fair on The Mall in 1999/2000. This wonderful festival was attended and enjoyed by well over one and a half million people, with no crimes, no accidents and a superb community atmosphere. There was a little alcohol consumed that night however!

The organisers of this superb fair, Big Time Events, wanted to repeat the exercise as they recognised that London needs and deserves a New Year Festival that is more than just alcohol, fireworks and perhaps anti social behaviour. In 2005 the Royal Parks Agency accepted the idea, and the fair was to be placed in North Carriage Drive starting from Marble Arch.

The fair ran on that site for two magnificent years, and over that period attracted well over half a million visitors. Perhaps most pleasurable was the multi racial and multi cultural attendance which led us to name this “All London in One Street” because that is what it was. Famous names such as Madonna, Ian Wright, Jade Goody (OK, infamous names) and many more came along with their families just for a great day out, jostling on the Dodgems alongside teenagers from Peckham, Islamic families from Spitalfields, Sikhs from Southall and every other nationality that you will find in our capital. This attendance was not by accident, because we aimed to reach the many and varied people who call London their home with out selection of food and our multi racial staff. The only problem was that it rained just a bit! Day, after day, after day! Still, when it stopped the sun and the crowds all came out.

It was a success in every way, and in 2006/7 there was not one crime at the fair, and no accidents or injuries. We all looked forward to a great future and thanks to the imagination and forward looking approach of the officers and Members of Brent Council, London’s Fair was relocated to Wembley which is a few short stops from Hyde Park, in a magnificent open space in the shadow of the Wembley Stadium Arch.

The weather was kinder in Wembley than it had been in Hyde Park, and stayed reasonably dry if a little on the cold side (whatever happened to Global Warming when you need it?) There had been a superb and successful radio promotion covering all of London including many of the radio stations targetting the city’s diverse community groups and hundreds of competition winners brought their families for a free day out. We hope that losers also brought their families too, having heard about the fair, and then paid to get in! The profits raised from the token £1 entry fee, introduced to maintain the safety of our visitors, will be paid to the Friends of Wembley Hospital in accordance with the wishes of George Barham, founder of Express Dairies who donated this park to Brent in the 1950s and after whom it is, obviously, named. (see elsewhere on this website for his story)

With a fun night on New Year’s Eve and a fireworks display brought forward a little to 11 p.m. to allow the police time to get to the centre of London (where we assume they were working rather than celebrating) we all saw in the New Year in our new home for this event that is now as important a part of London as, well some other part of London that might be reasonably important.

So put it in your diary for this December and be ready to join us under the giant shadow of the Wembley Arch as we sit back and remember a great summer of football in whatever the Home Nations play in to make up for missing out on Euro 2008. Steve Maclaren, where are you now?

Also, a quick word on the fantastic Winter Wonderland in Hyde Park, where we were proud to provide the superb children’s attractions for this amazing spectacle. With the beautiful Carousel as the focal point plus some wonderful car racing sets, Reindeer Ride and Giant Christmas Tree we managed to entertain over 2 million people in December and January. Well done to everyone involved and we were proud to be there.